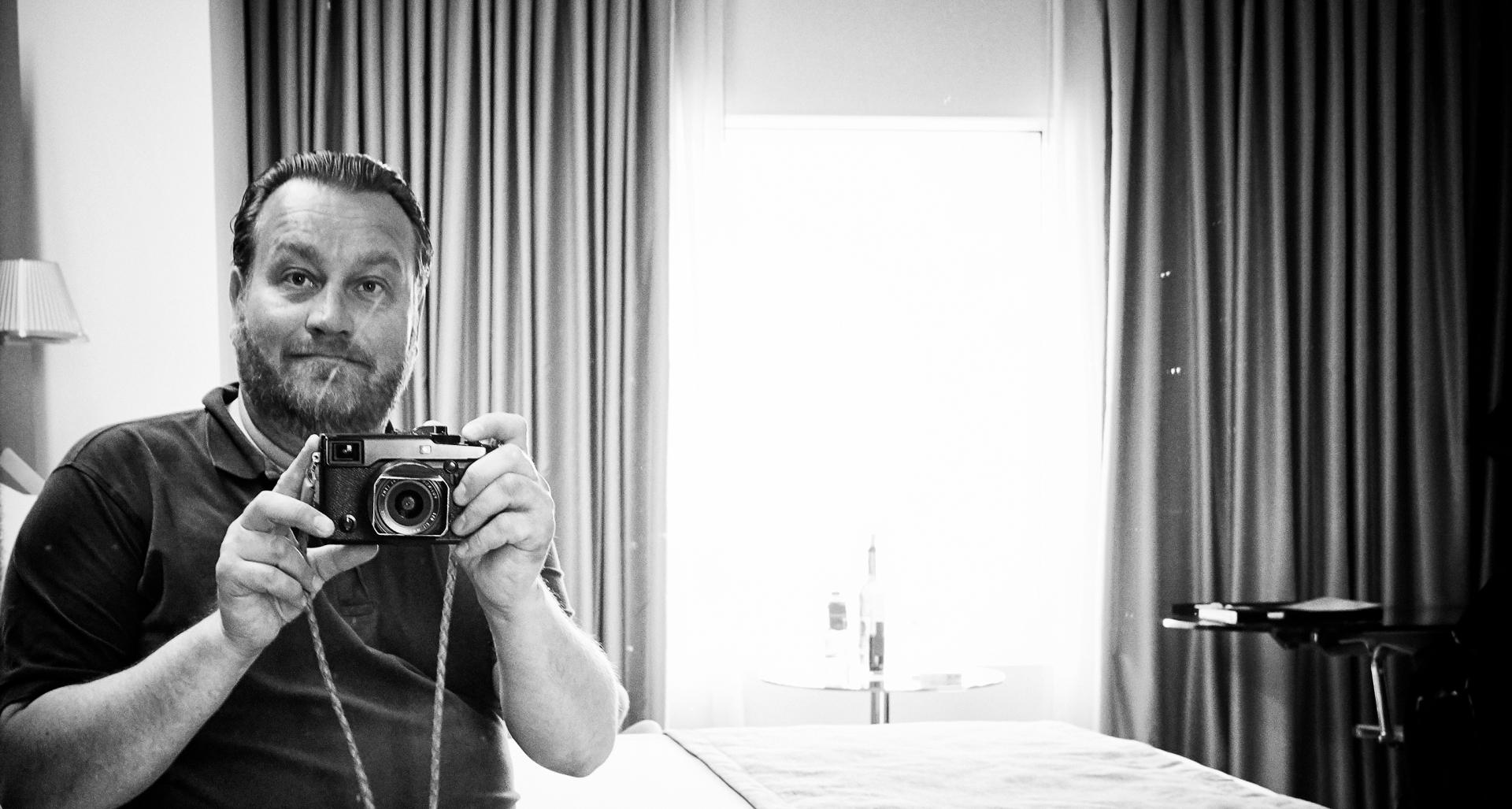 Jacob Steentoft was just 14 years old when – instead of being confirmed – his parents gave him a camera and a trip to Paris. And, he still remembers the time he pressed the shutter on his analogue Contax camera and shot his very first photograph. It was a photograph of Jim Morrison’s grave in the Père Lachaise cemetery in the French capital.

Even then, Jacob Steentoft had decided:
He wanted to be a photographer.

For him, the ultimate passion was to document the brutal and heart-rending conditions under which people in war zones and conflict zones live.

“I have always been inspired by those photographers that risk their lives to tell the stories that people in war zones and conflict zones are unable to tell themselves," he explains.

However, 27 years passed before Jacob Steentoft himself became one of those photographers who had inspired him since his teenage years. That was when, a few years ago, at the age of 41 he bought a plane ticket to Beirut and, wearing a bullet-proof vest, he documented an anti-government demonstration on the streets of Beirut, among other things. From here, the journey continued to the refugee camps on the border between Lebanon and Syria where his meeting with the victims of a brutal war left a deep impression on him. Since then, Jacob Steentoft has travelled with his camera to, for example, Palestine, Israel, Kenya and South Sudan.

What was the reason for so many years passing?

“Because I am dyslexic," says Jacob Steentoft and explains how it is precisely this handicap that made it impossible for him to pass the entry examination for the photo journalist course.

“It was a requirement that I had to pass the same entry examination as the one required to be a journalist. And, when you can scarcely spell your own name, it’s an uphill struggle," he affirms.

Instead, as a 16-year old, he took up an apprenticeship as an advertising photographer in his home town of Horsens. The polished and commercial photography genre was a world away from what made his heart beat. However, there was a solution: As soon as he was 18 and got his driving licence, the invested his evenings, nights and weekends in listening to police radio and venturing out to accidents, fires and police missions with his camera. Meanwhile, he completed his apprenticeship and, in 1998, he was able to call himself an advertising photographer.

“Such was life," as Jacob Steentoft puts it.

Jacob started out as an independent advertising photographer, quickly achieved success – and enough assignments to pay 6 full-time photographers. For 8 years, he operated Steentoft Fotografi in Horsens, where the assignments in the calendar encompassed everything from architecture to fashion.

However, his unfulfilled dream of a life as a press photographer and documentarist refused to die. For Jacob, boredom crept into the glossy world of advertising photography. So, in 2006, he sold his business to Inhouse Fotografi.

Thereafter, he took a 10-year break, during which he never held a camera in his hands. Jacob was tired. And unfulfilled.

“I thought: “If this is how it is going to be, I’d rather be doing something completely different," Jacob remembers, deciding to take his life in a completely new direction instead: He started to invest in properties, renovate them and rent them out. Before he knew it, 10 years had passed. Right up until the time the photographer in him resurfaced in 2017. In his spare time, the entrepreneurial boy from Horsens started photographing men “there, where they can be themselves – without any interference from women," he laughs. It became the photo series RUM, in which he portrays men in every stratum of society: From the tycoon in his private jet to the mechanic enjoying a beer with the lads in the workshop.

The joy of taking photographs was back. And, as opposed to the opportunities he never had as a 16-year old, Jacob Steentoft could now – at the age of 41 – choose to finance his own photography trips to the world’s war zones and conflict zones. Without a press pass, experience, contacts – far less any knowledge of how difficult and impassable it would soon prove to be to get the proper permits, visas etc. – he bought a plane ticket to Beirut.

“Where there’s a will, there’s a way," wrote the legendary Danish burglar Carl August Lorentzen on a piece of paper that he left in his cell, during one of his numerous escapes from Horsens State Prison.

Jacob Steentoft agrees. And, something tells us that his photographs from the world’s hotspots have been worth waiting for. In any case, they can be experienced, for example, at the established and recognised Arden Asbæk Gallery in the fashionable Bredgade in Copenhagen.

My journeys are far from luxurious 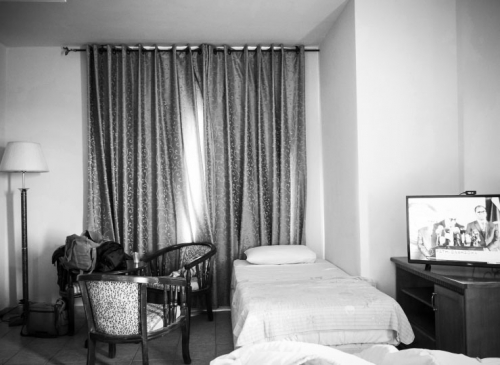 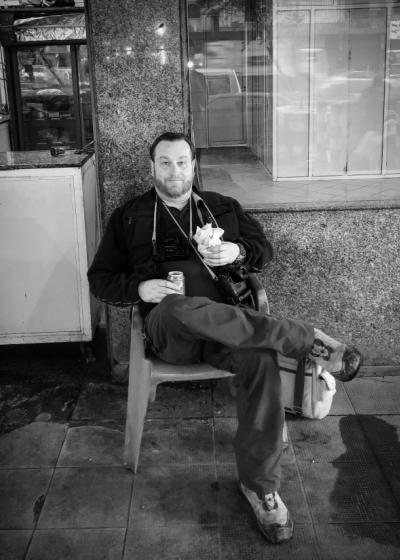 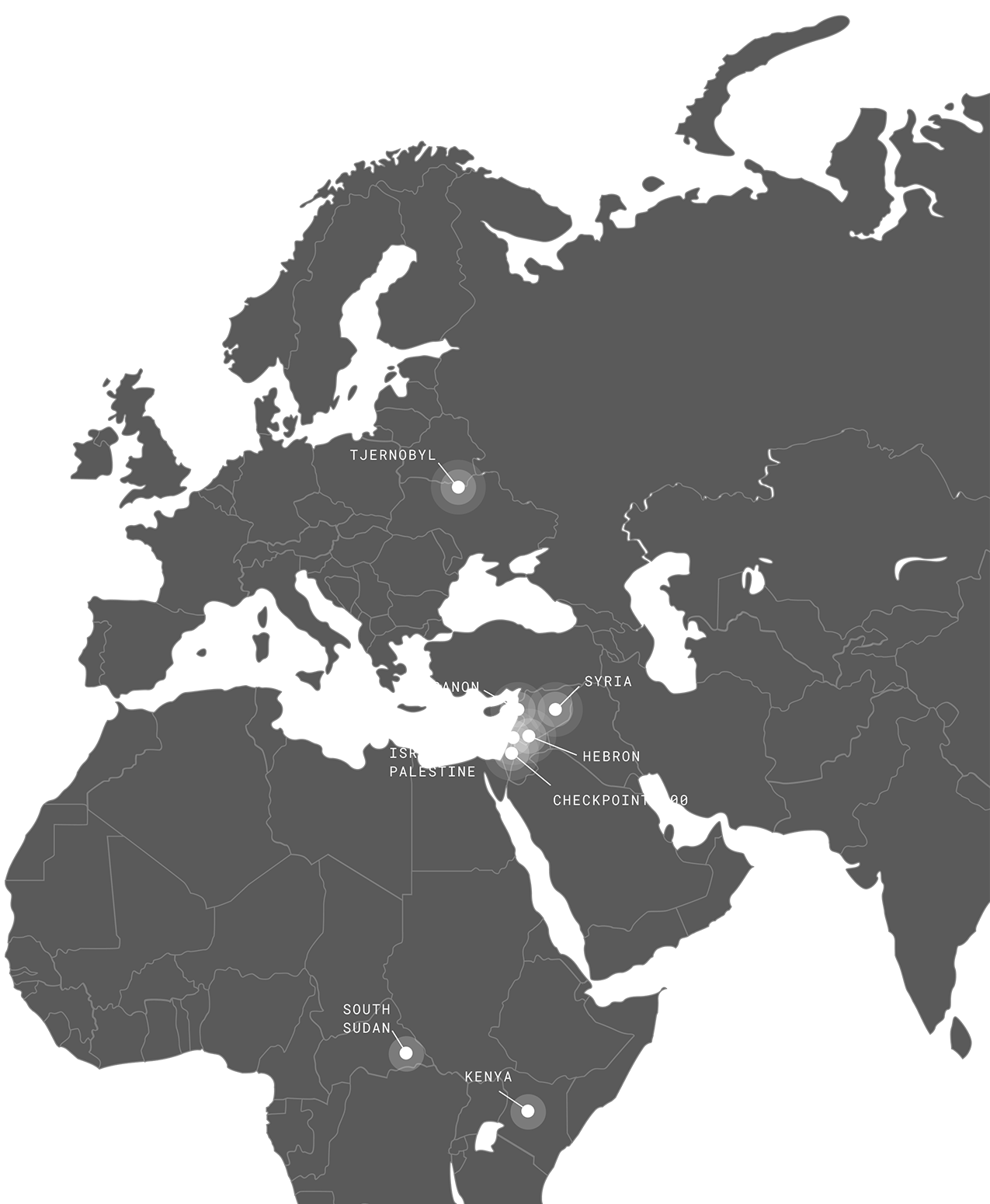 Jacob Steentoft’s travels primarily take him to Africa and the Middle East. For instance, he documents the situations in conflict zones in Lebanon, Palestine, Israel and Sudan.

Equipped with his camera, Jacob Steentoft wishes to venture out into the world, to document the conditions of local societies, primarily in Africa and the Middle East. He is self-funding his trips and expenses, which renders him independent towards donations, in order to make this wish come true. To help, please consider buying one of his support packages or make your donation today. All donations are appreciated.

Be a part of the
journey